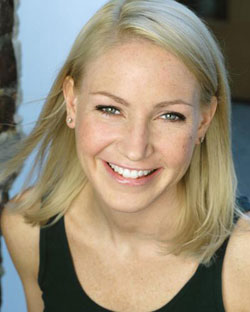 Alli Breen is a stand-up comic who is originally from Boston and now split her time between NY & LA.

She has appeared on "Stand Up in Stilettos", the Bob and Tom Show, “Gotham Live”  and won the 2011 Laughing Stock Comedy Festival in Salt Lake City.

Alli as performed at clubs, colleges and festivals across the US, and was invited to perform this past year at the prestigious “Just For Laughs” Comedy Festival in Montreal.

Alli has also performed abroad in place such as London and Hong Kong, and recently did a two week tour of Japan where she visited five different bases entertaining our troops.

She looks like The Cover Girl model. But lurking under that smile is a delightful edge.