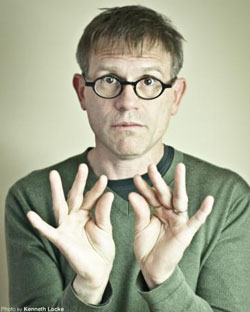 And while most friends would say Bengt is a logistically impaired ditz, his comedy is described as "intelligent, universal and profoundly funny".

The Monterey County Weekly said: "he is a truly hilarious comedian..."

Bengt is a winner of the San Francisco Comedy Competition; the most prestigious comedy competition in the US! He is widely considered, by his fellow comedians, to be among the very best touring comedians in the country.