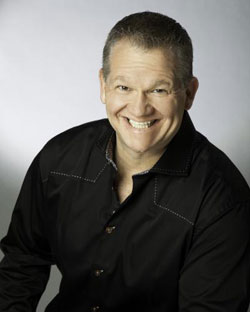 “The only thing surprising about Derek is that he’s not bigger!” —Florida New Times Magazine

Derek’s act is fast, fresh, and at times, fanatical. He brings the funny with tales about his blue-collar upbringing, his mom’s dog, the holidays and dating an exotic dancer.

A veteran of several USO tours, Richards was chosen as one of the first performers at Guantanamo Bay, Cuba after the base began guarding jailed Al Qaeda terrorists. The comedy tour earned Richards national coverage in Newsweek. He also has performed at U.S. base camps in Iraq, Afghanistan, Kuwait and Africa.

You can hear him on the air via the XM Satellite Radio Network and on the nationally syndicated, Bob and Tom Show along with Bob and Sheri. He was also featured on The Weather Channel’s Top 10.