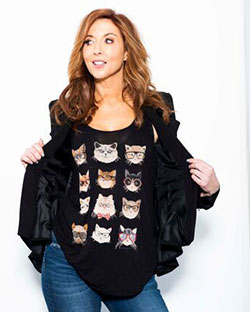 Jodi Miller has been performing Stand Up comedy all over the country for over 20yrs, and has also done 4 military tours including  going overseas to entertain the troops in Afghanistan.

Seen on Season 9 of America’s Got Talent, Gotham Comedy Live and currently on the syndicated comedy game show Funny You Should Ask where is also the head writer.

Also been seen on The Tonight Show, Comedy Central, TRU TV, SyFy, GSN and Playboy Plus and is the co-author of the WTF Series: WTF College, WTF Work & WTF Women SRSLY WTF, WTF America and OMG GUYS all available in stores and online now.

And just in case you were wondering, yes she has a cat! JUST ONE CAT!