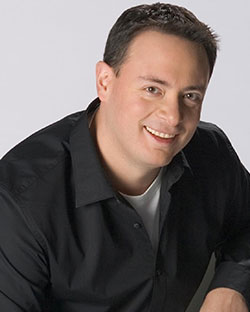 Lars has compiled an impressive list of Canadian comedy credits. He has a comedy special on the Comedy Network, appearances at the Just for Laughs and Halifax Comedy Festivals and his comedy radio show was nominated for a 2011 Canadian Comedy Award. He's been on CBC's The Debaters, XM Radio and Shaw Cable.

What has he done in the United States you ask? In America Lars was a Finalist in the Seattle International Comedy Competition, he's traveled to IRAQ and Kuwait TWICE to entertain the service men and women and he's appeared at the Bridgetown Comedy Festival in Portland, Boston Comedy Festival and played Brad Garrett's comedy club at the Tropicana in Las Vegas.

He also toured with Joan Rivers multiple times before her passing. She told her manager: "Get the funny Canadian kid again." He's become an overnight success in just 9 short years.