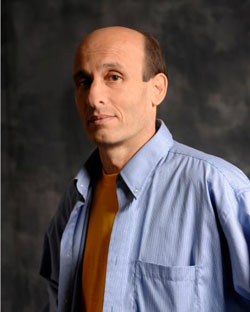 It's stand-up comedy, juggling, and physical-comedy in one cohesive, mesmerizing act

Marty's been killing 'em for more than two decades.

This seasoned pro is a multitalented and extremely versatile performer who has been a favorite of television shows and corporate buyers alike.

Many of his high-energy physical pieces are performed to music.

Having grown up the son of a racketeer in Louisville Kentucky, one of Marty's high school jobs was delivering the "gifts" to the local cops and judges ...so it makes sense that he became the black sheep of the family for becoming a performer.

Marty was equally influenced as a youngster by both Dick Van Dyke and Carlos Santana (if you've seen his act, you can understand this).

Marty is an avid college basketball fan, chess player, and computer geek. His hobbies include writing about himself in third person.