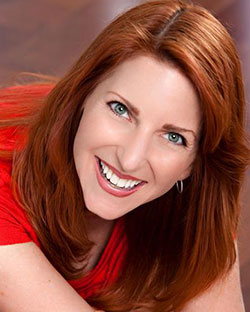 A veteran in the world of stand-up, Maryellen Hooper’s comedy has taken her from clubs and colleges to theaters and television. She’s appeared on “The Dennis Miller Show”, “The Martin Short Show”, “The Tonight Show” with Jay Leno and has had her own ½ hour special on Comedy Central called “Lounge Lizards”. In 1998, the comedy industry awarded Maryellen “Female Comedian of the Year” at the American Comedy Awards.

A physical, story-teller, Maryellen's act is an ever-evolving story about her life as a woman, wife and mother. Never crude or offensive, her accounts of life’s little annoyances leave audiences exhausted from laughter. From home repairs on her family’s “Fixer Upper” to colicky babies, no story is too sacred to share with her audiences.   Maryellen just taped her latest stand-up special, "Stinky Flowers" which will air this fall.  The special is based on her stories about Wifedom and Mommyhood from her hugely popular blog, Stinky Flowers.