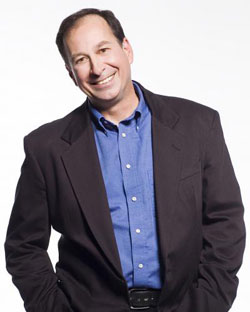 Mike is a talented corporate comedian who also offers an inspirational program about being a father to a terrific daughter with Autism.

Mike Guido has made several national TV appearances including SHOWTIME, MTV, VH1, and A&E. His comedy CD, “Who Needs Sanity!!” can be heard regularly on Sirius XM Satellite Radio, iTunes, and Pandora.

He recently filmed a role in a feature film entitled “The 95ers” as well as television commercials for Universal Studios and Cannon Cameras.

The San Francisco Chronicle said this, “Mike Guido, a poised comic who seemed utterly at home on stage and commanded the audience’s attention without seeming to try to, was priceless and well worth seeing.”