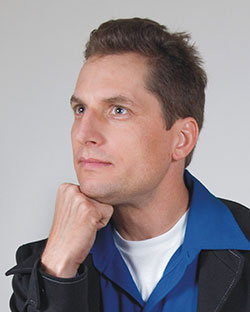 Robert Mac is an award-winning comedy veteran with over two decades of experience in comedy clubs, casinos, cruise ships, festivals and the infrequent television appearance. He's either a smart guy who comes off as very stupid or a stupid guy who thinks he's very smart.

His act has been described as clean, cerebral, silly, and a little self-deprecating. He was the grand prize winner of Comedy Central's national stand-up contest and the talent search winner for the Jerry Lewis Telethon, and has been invited to the Just for Laughs Festival in Montreal, the Boston Comedy Festival, and the inaugural Great American Comedy Festival. He's been seen on NBC's Last Comic Standing, Comedy Central's Premium Blend, and The Learning Channel as well.

He has performed with such luminaries as Robin Williams and Adam Sandler, to mention a couple, and corporate clients include McDonald’s, IBM, Aflac Insurance, Sysco, Raytheon, and the American Cancer Society.