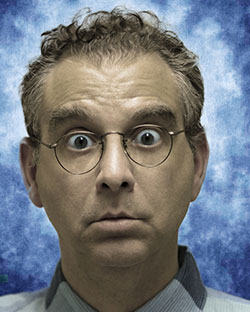 Sandy Hackett is an outstanidng comedian on his on right. He is a Las Vegas comedy legend to locals and degenrate gamblers.

But he also offers a warm, touching, hilarious multi-media comedy tribute show to the relationship he had with his father, the legendary Buddy Hackett (called, poetically..."My Buddy")

Sandy 'kills' audiences as a stand-up. And he inspires with his dearest project, "My Buddy"